DESIGN As A Corporate Asset Is About To Become Essentially Worthless. Yes, Lawyers Are Involved. 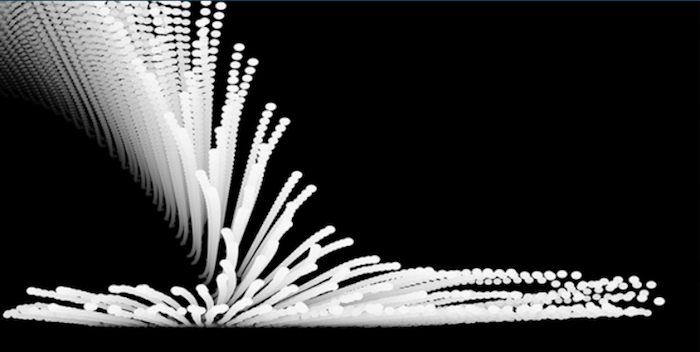 Designers ply their craft improving the aesthetic appeal and, to some extent, the functional performance of all manner of products ranging from automobiles to handbags to entire cities. Design is big business, with several million designers working worldwide in a staggering number of industry verticals. The impact that DESIGN has on business performance has been well-understood since the 1930s when Raymond Loewy worked his magic on the original Gestetner Duplication Machine and sales increased several hundred percent. Historically, DESIGN was understood to be of value in improving customer appeal, but not a primary factor in corporate performance. However, in recent years, DESIGN as a primary means of improving customer engagement has also been linked to the overall success of businesses who employ such expertise aggressively. Much of the support for increased impact on business success has come from less than rigorous studies and opinion-based research. But let’s be clear, aside from sketchy research, DESIGN is now perceived as having a major impact on corporate business success. There are designers in the C-Suite, and for truly talented industrial designers, entry-level salary now exceeds that of engineers with degrees in computer science. DESIGN is on a roll…but not so fast. The party is about to end in ways no one could have imagined. Enter the lawyers.

A very recent ruling by the U.S. Federal Circuit in a seemingly trivial design patent infringement case is about to not only destroy the business value of what designers do, but also upend the entire flow of commercial goods on a global basis.

In a nutshell, the case is a design patent infringement matter in which the holder of the design patent (Columbia) sued a second party (Seirus) for infringement. At the district court level, infringement was found on the part of Seirus and a financial award of some 3 million dollars was given to Columbia. As is any defendant’s legal right, Seirus immediately appealed to the Federal Circuit, which overturned the lower court ruling. In the process of writing its opinion, the Federal Circuit erred (or not) in a manner potentially devastating to DESIGN as a corporate asset.

One of the curious aspects of the case is that the products involved patterns printed on a fabric used to line winter gloves and parkas. These types of products are routinely protected by design patents. Below is the patented design on the left (Columbia) and the accused infringing product (Seirus) on the right.

You will notice that the accused design on the right weaves the “Seirus” brand logo into the waves of the fabric. No such branding is shown in the patented design. The patented design does not claim a logo, but simply the wave pattern. Historically, going back over 100 years, judges have, for the most part, instructed juries in design patent infringement cases to ignore branding elements, including company names, since such elements are not claimed in the patented design. HOWEVER, in the new ruling by the federal circuit, for the first time, the judges said that when considering design patent infringement, one must “consider” branding elements. This means that juries must now consider the brand and related naming in the determination of whether or not two products are substantially the same and whether or not the two products are likely to be confused in the marketplace. Think about that for a moment. How is confusion possible if an infringing product has a different brand indication and name?

What this really means to a company creating a patented design is that all an infringer has to do is basically slap a logo on a patented design to avoid infringement. Given the massive psychological impact that brand messaging has on consumer decision-making, there is no way a jury is going to find the two products deceptively similar when one is clearly branded as a different source. Full-stop this is a very big deal.

As you can imagine, not all designers are happy about this turn of events and some have asked the court to reconsider their decision. In this regard, on January 27, 2020 several interested parties submitted amicus briefs opposing the ruling. Representing the DESIGN world at large was the brief submitted by the Industrial Designers Society of America (IDSA) and co-written by Charles L. Mauro and staff. The IDSA brief covers in detail the impact that branded content has on the consumer’s perception of products in the marketplace. The next step will involve the 3 judge panel either agreeing to rehear the case or not. If not, designers are likely to see the massive advance in the status of DESIGN pushed back decades…or worse…the total destruction of the business value of DESIGN.